A friend was visiting from Melbourne, so I attempted to entertain her with my baking. My baking-related discoveries were three-fold. Sweet Carrot Pie is delectable, Chocolate Fudge is practically made of icing sugar, and “Pulled Taffy” is impossible. 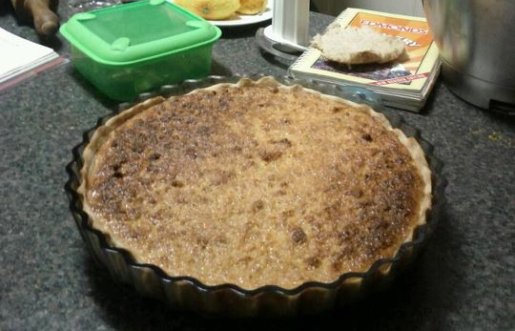 21st of October, 2011.
The pie was, in my opinion, far more flavoured by orange rind and juice, as well as cinnamon, than the actual carrot. This was in no way a bad thing.
Although my pattern had been to cook one thing per night, my friend wished to try pulled taffy (a hardened toffee-like candy-lolly thing). So we agreed to make both sweet carrot pie and pulled taffy.
The taffy, however, was challenging. The instructions said the taffy should be removed from heat when dropping bits of it into water would turn it into small brittle balls which would break when bitten.
We left the taffy on the heat for too long, not knowing when to take it off. Eventually it came off the heat, but the damage had been done. Burnt taffy, it seems, is not an appetising dish. 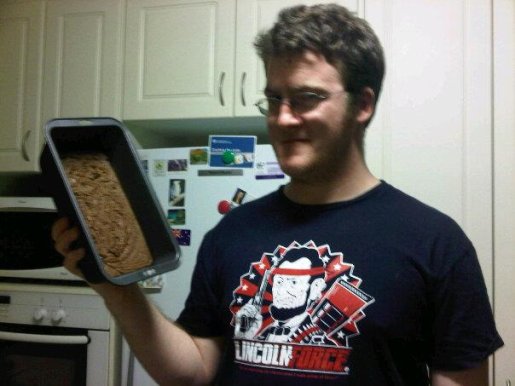 As a compensation (or more because the carrot pie was in the oven and my hands were searching for something to bake), we decided to make some chocolate fudge.
I was interested in the idea that fudge could be made at home. Fudge in stores always seemed such an alien and mythological thing clearly only creatable in a factory or by a company with access to pagan magicks.
As it turned out, fudge is incredibly simple to make, and delicious, so long as you have an abundance of icing sugar.