The biscuits were quite nice, if a bit dry and crumbly. The photograph, however, finally gained the approval of one of my sisters. 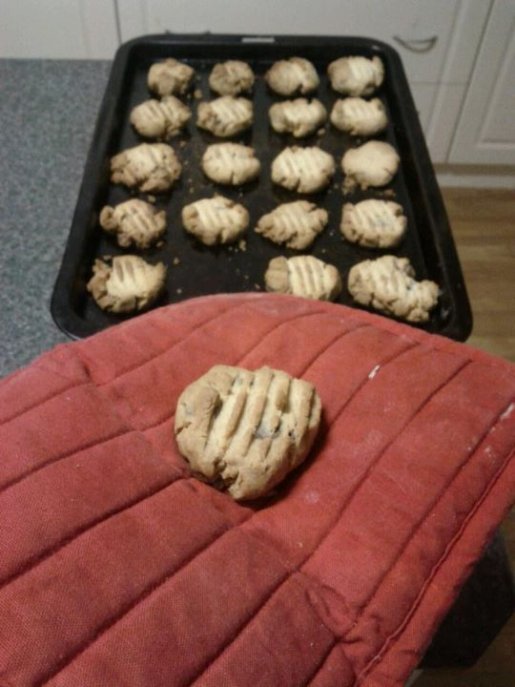 20th of October, 2011.
Previous baking adventures had had comments along the lines of “Looks delicious, but work on the photography.”
I had taken these comments in stride, and endeavoured to make this photograph more interesting before presenting my baking achievement to the masses.
Biscuits (or cookies) were something I was hesitant to make, as I saw it as a task too simple. I was, of course, incorrect, and have yet to perfect the biscuit-baking cookie-cooking skill.
The biscuit, though, presented a form of baking that would last longer in storage than other forms of baking, and would pose less of a space issue for our kitchen.