In an attempt to replicate my previous brownie-esque success, I made coconut chocolate brownies in a quiche dish. 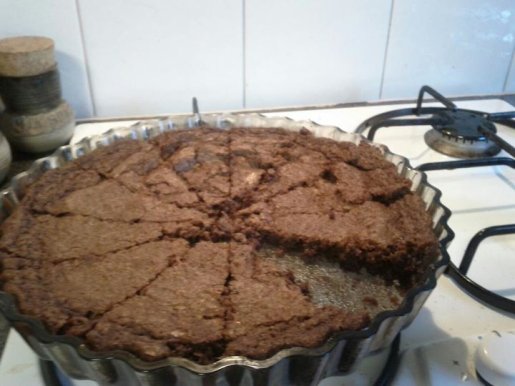 19th of October, 2011.
The previous tray had been too big for the brownies, but the next size down was too small. I elected to go halfway and use the dish commonly used for quiche.
The brownies tasted brownie-like, so they were in that aspect a success, however they stuck to the dish, making serving difficult.