This loaf suffered from Me-Using-Expired-Baking-Powderitis. It was flat. But it was still nice. 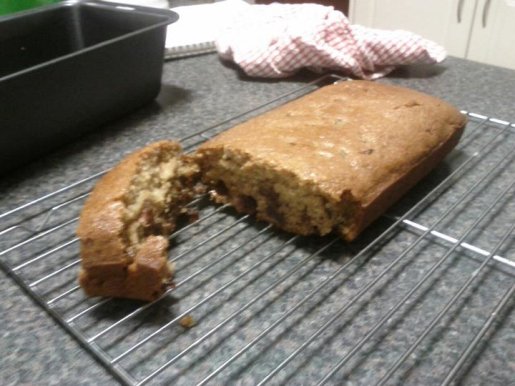 17th of October, 2011.
At some point I discovered that I had been using baking soda where recipes called for baking powder, so on the shopping stint of the previous night some baking powder was purchased.
Upon returning home, we had discovered an already-opened container of baking powder, which I would use for this ill-fated loaf.
Unfortunately, the baking powder expired in 2008, which we hadn’t thought would be a problem.
It was a problem.
Or perhaps it was a learning experience.